Last night Greatfields competed in their first Rounders matches of the Borough League at All Saints School. The first match was against the hosting school, All Saints B Team where Greatfields were up to bat first. Over the course of twenty good balls and only one batter caught out, Greatfields cumulative score was a brilliant five rounders. The girls set up their fielding team and were ready to defend their previously scored five rounders. With fantastic bowling, six of All Saints batting team were stumped out. With four girls still able to bat, the rounders were slowly being scored by All Saints. With a good score of eight ½ rounders, equalling to four full rounders, Greatfields had done it! Their first win of the competition.

The second match was against another visiting school, Dagenham Park. Again, Greatfields were up to bat first where the practice in the first game began to pay off. Scoring a brilliant four full rounders, Greatfields started to set the bar high. Unfortunately, three of Greatfields batters were caught out leaving the other girls the pressure of still scoring. Over the course of twenty good balls, Greatfields tallied a fantastic overall score of 8 ½ rounders. Their best score yet! Dagenham Park knew they had a lot of work to do and decided to put their strongest batters up first. Three rounders were scored within the first six good balls but Greatfields fielding continued to improve with a fantastic achievement of catching six of Dagenham Park’s batters out. The ½ rounders were still being scored and twenty good balls had been bowled with Dagenham Park cumulatively scoring 5 ½ rounders. Greatfields had done it! Two wins in two games! With results like this, Greatfields are in the running for a great opportunity in the Rounders Borough League.
Greatfields play their next matches on today against Eastbury and Riverside School. 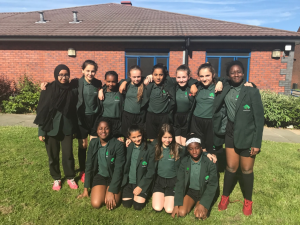 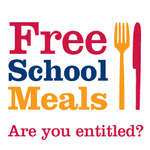